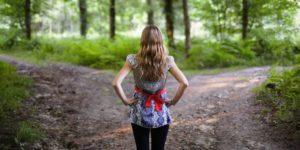 The reason why men do not look to the Church today is that she has destroyed her own influence by compromise.

Compromise means to give up some demands and agree on something less than what was originally desired. By definition alone, we can see how dangerous compromise is for the Christian. What does a compromising Christian look like? Though there are many answers to that question, we want to focus on four that are particularly important as we study the life of Esther.

The events in the book of Esther took place fifty years after Cyrus permitted the Jewish people to return to Israel. It is often overlooked, but important to note, that the book of Esther is written about those Jews who did not heed the call of God and return to the land of Israel. Esther and Mordecai were among those who, out of convenience or preference, decided to remain in Persia and not return to the land of Israel.

Mordecai and Esther would have heard the stories of Daniel and other great heroes of the faith. So why is it that when Esther is taken into the king’s harem, that Mordecai instructs her to keep her Jewish identity hidden? It seems almost inevitable that in doing so she would have to make certain compromises. For starters, she would have eaten unclean food, and been expected to sleep with the king, a pagan she was not even married to.

Why did Esther not choose to make a stand like Daniel did, and refuse to do what went against God’s law? The author of the book of Esther does not make a moral judgment on Mordecai or Esther and it is interesting to note that the name of God is never mentioned in the Book of Esther, though it is obvious that His providential hand is moving behind the scenes. Studying the life of Esther leaves us with our own challenge. Where do we draw the line? Is it ever okay to live a life of compromise?

Let’s allow the Scriptures to speak for themselves and answer these deep questions. This week we want to discover how Esther was victorious over compromise.